This article is based on interviews with Alasdair Spink, Manish Varghese and Gaurav Seth in Odgers Berndtson’s Delhi office.
﻿﻿﻿﻿Everyone is enthusiastic about the prospects for India since Narendra Modi was elected Prime Minister in May.  Mr. Modi’s election is auspicious because he is thought of as a pro-business leader. Also his election brought with it the first single-party majority that India has had in 30 years. Previous coalition governments have not agreed on policy or gotten things done. 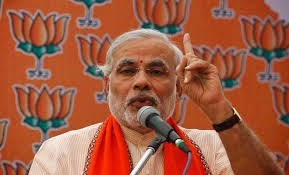 Government weakness over many years shaped economic development. Currently India is strong in technology, software, services outsourcing, and financial services but produces only 4% of the world’s cars. (China produces 25% of the world’s cars).   The manufacturing sector generates just 16% of India GDP.  (In contrast, manufacturing generated 46% of China’s GDP in 2010).  “Financial services and IT, these are sectors where you can win if the government is not involved,” Alasdair Spink noted, “Manufacturing and infrastructure can only happen if the government is involved.”
Automotive Research and Development Growing: Right now, the automotive sector in India appears to be on the cusp of significant growth.  Demand from the domestic market is showing a strong rebound.  In the last four months, India has seen a surge in visits from international auto CEOs such as Mary Barra of General Motors, Stefan Pierer of KTM and Mark Fields of Ford announcing investment plans for India.

﻿﻿﻿
Hiring Situation: India is blessed with a workforce that is young, mobile, low-cost and English speaking.  50% of India’s population is under 25. To mobilize it effectively, however, education and skills training will need to be a priority for the Modi government.
Because manufacturing has not been a priority, comparatively fewer managers are available from the durables and manufacturing sectors. If you believe you will need to hire workers in India for your manufacturing operations, do it now because talent will only become scarcer and more expensive in the future. Currently compensation in India is 40 to 50% below Western salaries but it is starting to catch up especially at the Director level and above.
“With the right political leadership, this could be a very exciting place to be for the next 20 – 30 years.”  Alasdair said, “International business leaders looking at the next decade are asking whether India is worth it. Mr. Modi holds the answer.”
To read more about India's automotive industry, read Manish Varghese's new article: Indian Automotive Sector - Gearing Up to Accelerate
For a detailed view of the impact that Narendra Modi’s election may have in India, read the article by Alasdair Spink, India Managing Director: Modi-fied - Will India Shine Again?
Posted by Alexandra Hendrickson at 3:40 AM